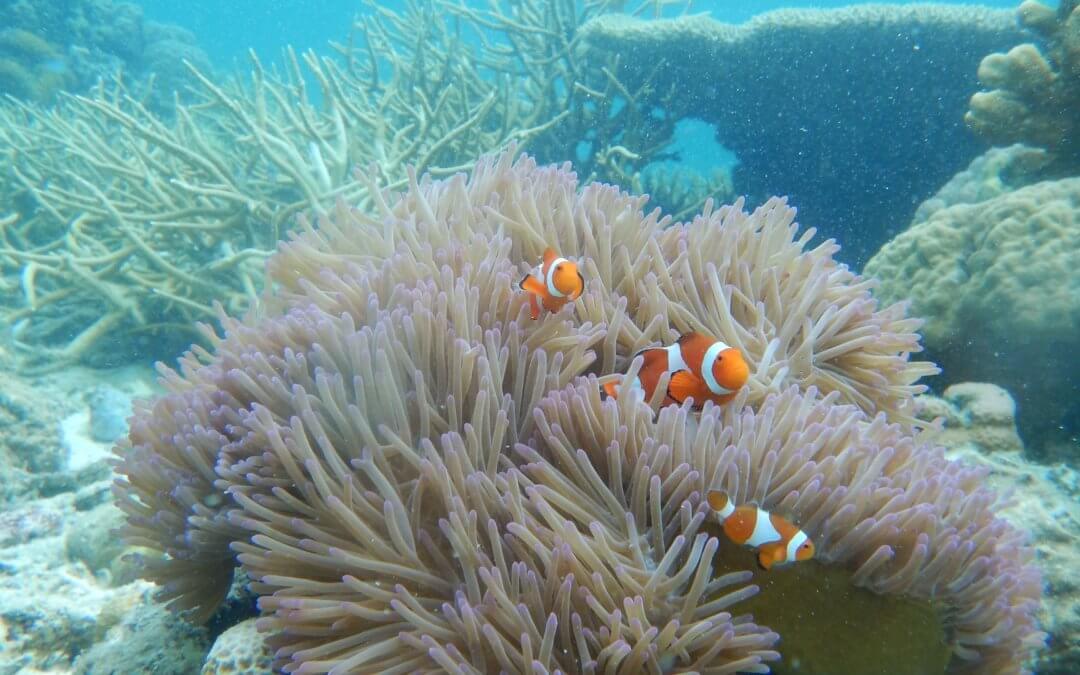 Home to more or less 200 families, this fishing community is closely knit. Their main livelihood is fishing, and in the past has gone after whales, manta rays and dolphins. Their houses are often decorated with large whale jaws and bones and these ‘relics’ adds to the interesting facet of the island.

In the local dialect, Pamilacan means “resting place of the mantas” though some local folks say that the name of the island was derived from the word “pamilac” or harpoon, a common fishing implement used to capture whale sharks, manta rays and dolphins.

The island lies at the heart of the Bohol Sea. It is made of coral and fossilized seashells that one sees on the island’s rocky hill. It is surrounded by a “fringing reef” and some marine species are starfish, seagrasses, crinoids, crown of thorns and cleaner wrasses. The prized Gloria Maris seashells abound in its surrounding waters.

Blessed with white sand beaches, the island is also a tourist destination because of magnificent dive sites nearby which gives the diver a breathtaking view of giant gorgonians, tunicates, sponges, anemones as well as other unique marine life. A very small coral island called “Dakit-Dakit” can also be visited.

The island is part of the Bohol Marine Triangle (BMT) with a marine sanctuary on the northwest side. It is home to at least 13 species of cetaceans. The large whales most often spotted are the Bryde’s whales and the sperm whales. Bryde’s whales are massive yet plankton eaters that can grow up to 15 meters. The sperm whales, the largest predator, reach up to 18 meters. The later is the prime target of whalers the world over.

Sometimes seen alone, these large whales are oftentimes observed to travel in groups of 20 or more. Because of their large size and reputation for fighting back, they are not hunted much locally. They are the most commonly sighted large whales in the Philippines.

Smaller whales found near Pamilacan are the short-finned pilot whale, the melon-headed whale, and the pygmy killer whale. Dolphins commonly sighted are the Risso’s dolphin, the playful spinner dolphin, the bottlenose dolphin, the spotted dolphin and the Fraser’s dolphin.

The dolphin’s play area is the part where the current is the strongest, at the southern coast of Pamilacan Island. They are playful mammals and are very social, often jumping out of the water in threes or more and doing somersaults. They travel in small and large groups, most often following the wake of passing boats.

Aside from the beautiful white sand beaches, magnificent dive sites, dolphin and whale watching, and bountiful marine life, the island also boast of a 200-year-old Spanish fort. The fort is situated at the northeast side of the island. In the past, it served as a watch station for intruders such as pirates and other enemies of the Spanish colony.

The fort is triangular in shape, made of rubble. Cut coral blocks line its portal and windows. Round buttresses support the three corners of the structure, and embedded trusses and a triangular pillar in the center indicate that the fort may have a second floor, probably made of wood.

No specific date has been established on the fort’s construction yet there are indications that it was constructed during the 19th century for a large wooden cross with an 1800’s date carved on it stood near the fort. The cross is now housed under a modern chapel nearby. The fort is said to form a network with the towers or forts in the towns of Loay, Baclayon, Panglao, and the city of Tagbilaran.

To cater to tourists, locals and foreigners alike, a resort has recently been developed in the island – the Pueblo de Pamilacan Island Resort. Cottages and a souvenir shop are available and the resort offers guided tours around the island, dolphin and whale watching expeditions, and tours of other beautiful sites of the Bohol province.

For dolphin and whale watching expeditions, be sure to contact experienced Pamilacan fishermen as guides. They have the uncanny abilities of homing in on these great creatures which baffles even scientists. With them, all expeditions are rewarded with 100% sightings.

Experienced and trained guides are a must so that proper procedures are followed to avoid unnecessary stress on the mammals. These mammals will continue to inhabit the waters if they are not much disturbed.

Though whales and many of the dolphins are most active at night and during early morning, the best time to watch them is at dawn when you can clearly see them and appreciate their antics. Trips usually begin in March until the onset of the rainy season in June or July though tours depend much on weather and sea conditions. One can see though resident dolphins and whales the whole year round.